These are the 25 most popular mobile apps in America 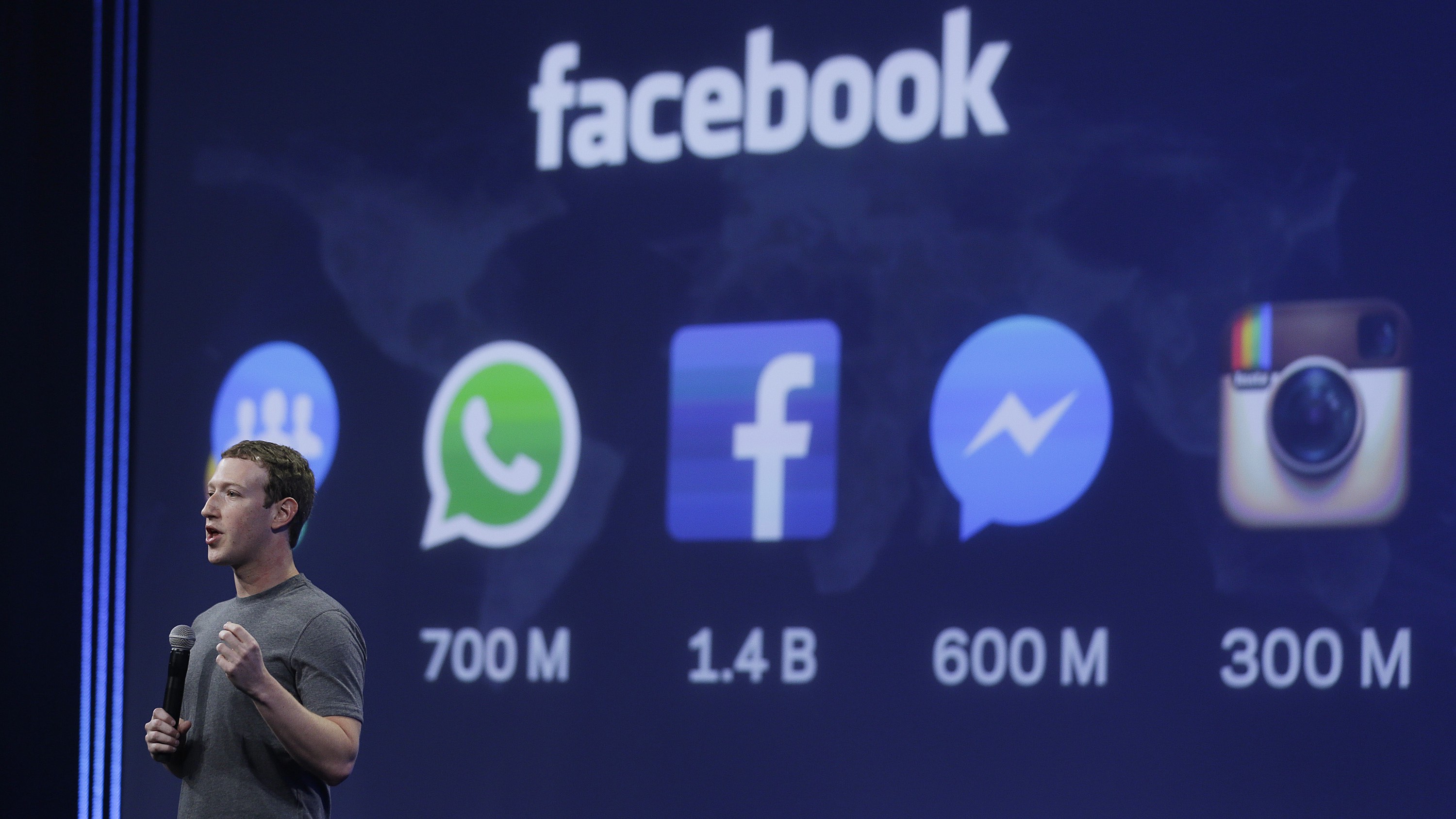 A look at the top 25 most popular mobile apps in the US, as measured by comScore, leads to several observations.

1. As the US smartphone market matures, the mobile-app leaders aren’t changing.

Some 21 of the top 25 apps, as ranked by comScore, were the same in June 2015 as a year ago, when we first published this list. Eight of the top 10 were the same. Those were: Facebook, YouTube, Google Search, Google Play, Google Maps, Pandora Radio, Gmail, and Instagram.

The main new top-10 entrant was Facebook Messenger, which was ranked no. 3 in June 2015, up from no. 12 a year ago. Its massive success highlights two things: The importance of messaging as a primary mobile activity, and Facebook’s ability to split itself into two apps and successfully drive adoption of Messenger.

Three of the top 10 apps are owned by Facebook, including the main Facebook app, which is the only app in the US that reaches more than 100 million people a month, according to comScore. (Some 126 million, or about two-thirds of the total US app-using market.)

Five are owned by Google, which has the benefit of controlling Android, the dominant (for now) US mobile operating system.

3. Pinterest, no. 15, is the most popular app that is not owned by a public company.

Pinterest—a private company valued at $11 billion—has gained ground, up from no. 20 a year ago. And its app audience has increased by two-thirds since then, to more than 40 million, according to comScore.

As comScore’s Andrew Lipsman explains, while gaming is a huge category—representing 11% of time spent on mobile devices—it tends to be more fragmented among many successful games, which include Words With Friends, Trivia Crack, and Clash of Clans.

5. Netflix is still the most popular app that requires a subscription.

Its 33 million unique mobile-app visitors, as estimated by comScore, represents almost 80% of the 42 million US streaming members it reported at the end of June.

6. YouTube has a lot of ground on Snapchat and other mobile video rivals.

Except, of course, Facebook, which is planning a lot of its future around mobile video.

With 49 million estimated unique visitors in June, that’s almost 60% reach among the roughly 84 million iPhone subscribers in the US.

Skype, which made the list last year, has fallen off. And Microsoft’s struggles in mobile are well-documented.

A note on methodology: comScore measures app audience size by “unique visitors,” a term that is different than the “monthly active users” that many app-makers self-report. This is measured by a combination of techniques, including a panel of users, and input from publishers. The idea is to report the number of actual people using each app or service, not the number of devices.

As with any third-party measurement, it’s imperfect. For example, the rankings include “iTunes Radio/iCloud,” two of Apple’s cloud services, at no. 10. ComScore says it can’t fully distinguish between the two on the back end, so it combines them. This is not ideal, but, we think, worth sharing. 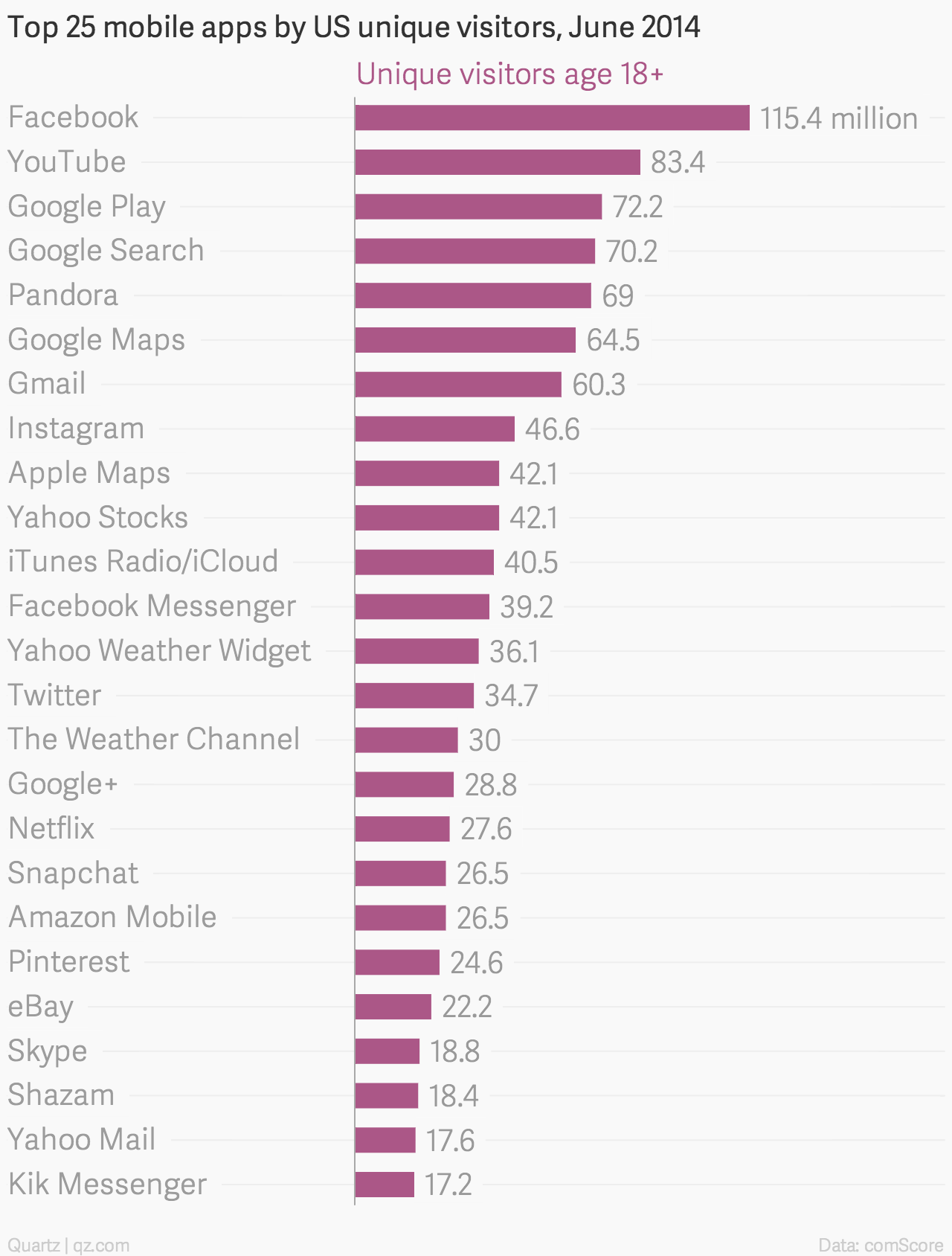 What is New Media Technology? (with pictures)
How to Become a Mobile App Developer (A Complete Newbie
10 best GPS apps and navigation apps for Android